We are delighted to return to an in-person section meeting this year, and hope that you will join us in Bellingham. We also offer an opportunity to participate virtually for those who may prefer this option. Please see below for details.

At check-in, all in-person attendees will be required to show one of the following, together with a photo ID:

WWU students only: you may show your green Covid clearance status in lieu of the above.

Masks are required at all indoor locations on campus.

Please monitor your health. If you are experiencing Covid-like symptoms, please stay home and join us virtually.

Travel to WWU and Parking

Western Washington University is located in Bellingham, WA, off exit 252 from I-5. Driving directions and other local information can be found on our regional transportation page.

Those parking on Friday before 4:30 pm should park in either the 6V lot (under the Viking Union, fills early in the day) or the C lots at the south end of campus (a 10-15 minute walk from the Viking Union and Bond Hall). There are pay stations in these lots.

Those parking on Friday after 4:30 pm can park in the C lots for free. On Saturday, you can park in any campus lot for free (but avoid the reserved spaces). All of the talks on Friday evening and Saturday will be at the south end of campus near the C lots.

Here is a collection of campus maps.

The codebreaking competition, KRYPTOS, is three weeks following the PNW-MAA meeting (April 21-25). Come and hear about KRYPTOS, learn about some ciphers, and test your skills at cryptanalysis! Helpful online cryptanalysis tools will be shared with participants together with some tried and true pencil and paper techniques.

This mini-course will provide an introduction to some foundational ideas in machine learning, using knot theory as a source of problems to work from.  I will discuss some recent results in this growing field, outline some future research directions, and give participants a chance to try out some of these ideas on their own.  No prior familiarity with knot theory, machine learning, or programming will be assumed, and the only prerequisites will be a Google (i.e. Gmail) account and a willingness to tinker with some code. 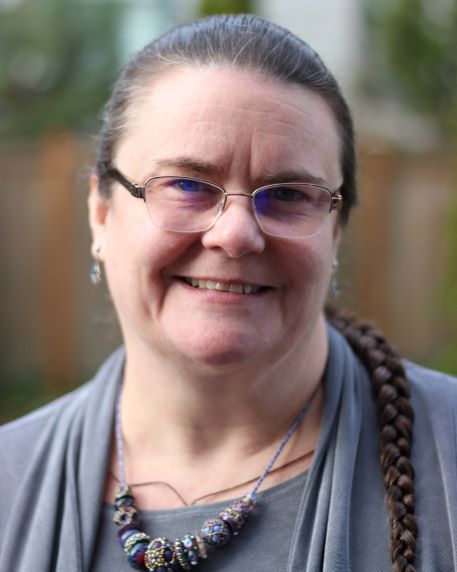 Dr. Jennifer Quinn is President of the Mathematical Association of America (MAA) and professor of mathematics at the University of Washington Tacoma. She earned her BA, MS, and PhD from Williams College, the University of Illinois at Chicago, and the University of Wisconsin, respectively. She received MAA's 2007 Haimo Award for Distinguished College or University Teaching and a 2006 Beckenbach Book award for Proofs That Really Count: The Art of Combinatorial Proof, co-authored with Arthur Benjamin. As a combinatorial scholar, Jenny thinks that beautiful proofs are as much art as science. Simplicity, elegance, transparency, and fun should be the driving principles. She strives to bring this same ethic to her classroom, administrative work, and professional service.

Committed to making mathematics accessible, appreciated, and humane especially during the global pandemic, Jenny and the #TacomaMath workgroup of the STEAM Learning network chalked puzzles outdoors and produced Math Around Town Videos to create a culture of love for math in the community. In addition, Jenny began the blog Math in the Time of Corona where she chronicles her experiences on emergency remote teaching of mathematics, maintaining humanity, and building community in isolation.  And speaking of community, she hosts virtual social hours to bring  MAA members together monthly. Look for announcements on MAA Connect. 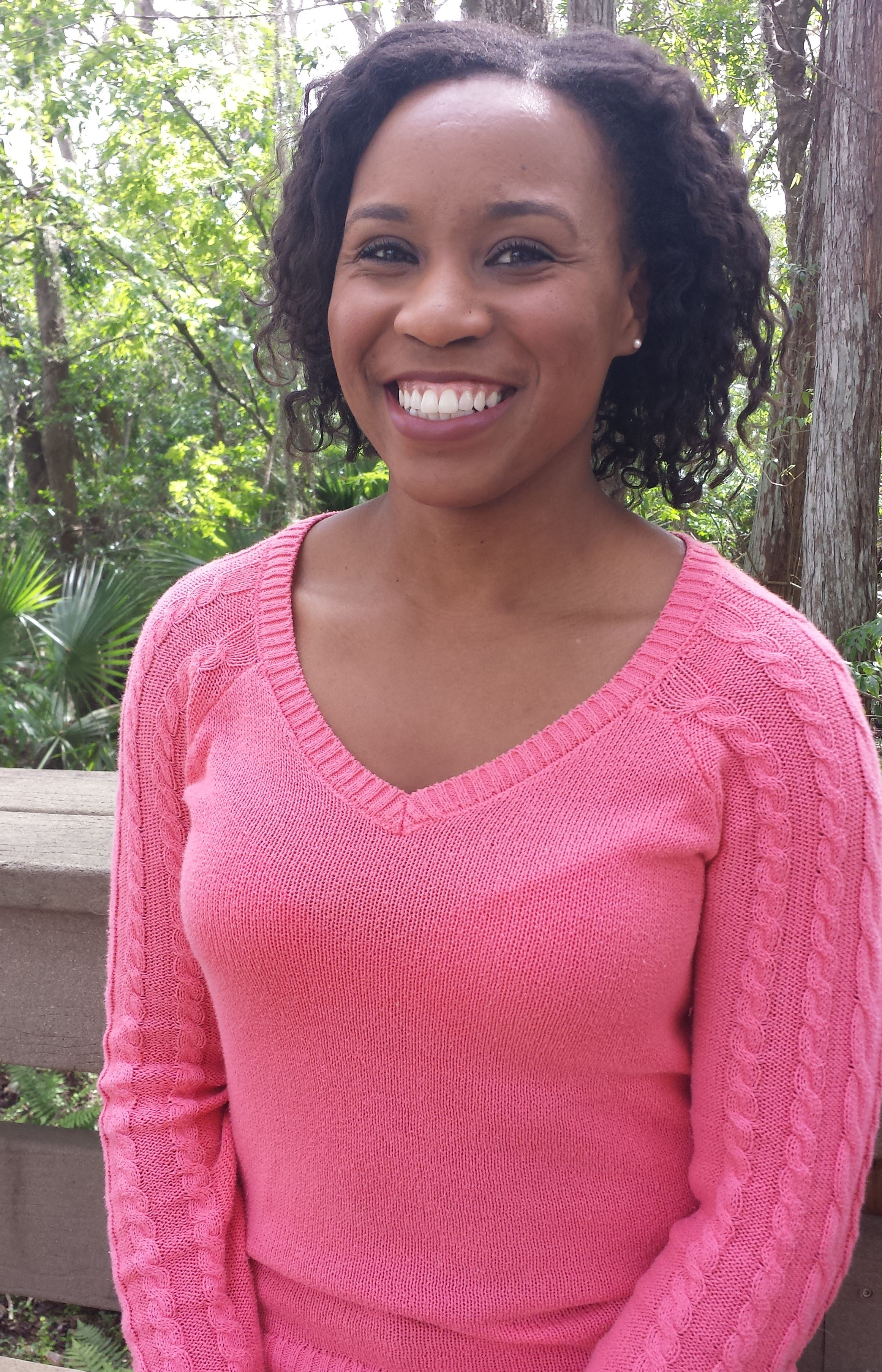 "Mathematics applied: the use of computational models to understand climate change impacts to storm surge risk"

Dr. Talea Mayo is a computational mathematician with expertise in the development and application of numerical hydrodynamic models for coastal hazards. She specializes in hurricane storm surge modeling, including their use for the investigation of climate change impacts on coastal flood risk. She also has expertise in statistical data assimilation methods for state and parameter estimation. She has recently expanded her work to include coastal erosion and the impacts of sustainable resilience efforts. She earned her B.S. in Mathematics from Grambling State University, and her M.S. and Ph.D. in Computational and Applied Mathematics from The University of Texas at Austin. She is currently an Assistant Professor in the Department of Mathematics at Emory University, and was recently awarded the Early-Career Research Fellowship by the National Academies of Sciences Gulf Research Program and the Early Career Faculty Innovator Award by the National Center for Atmospheric Research. She is a fierce advocate of accessible, inclusive science and education of all people, and spends her free time chasing marathon PRs and toddlers. 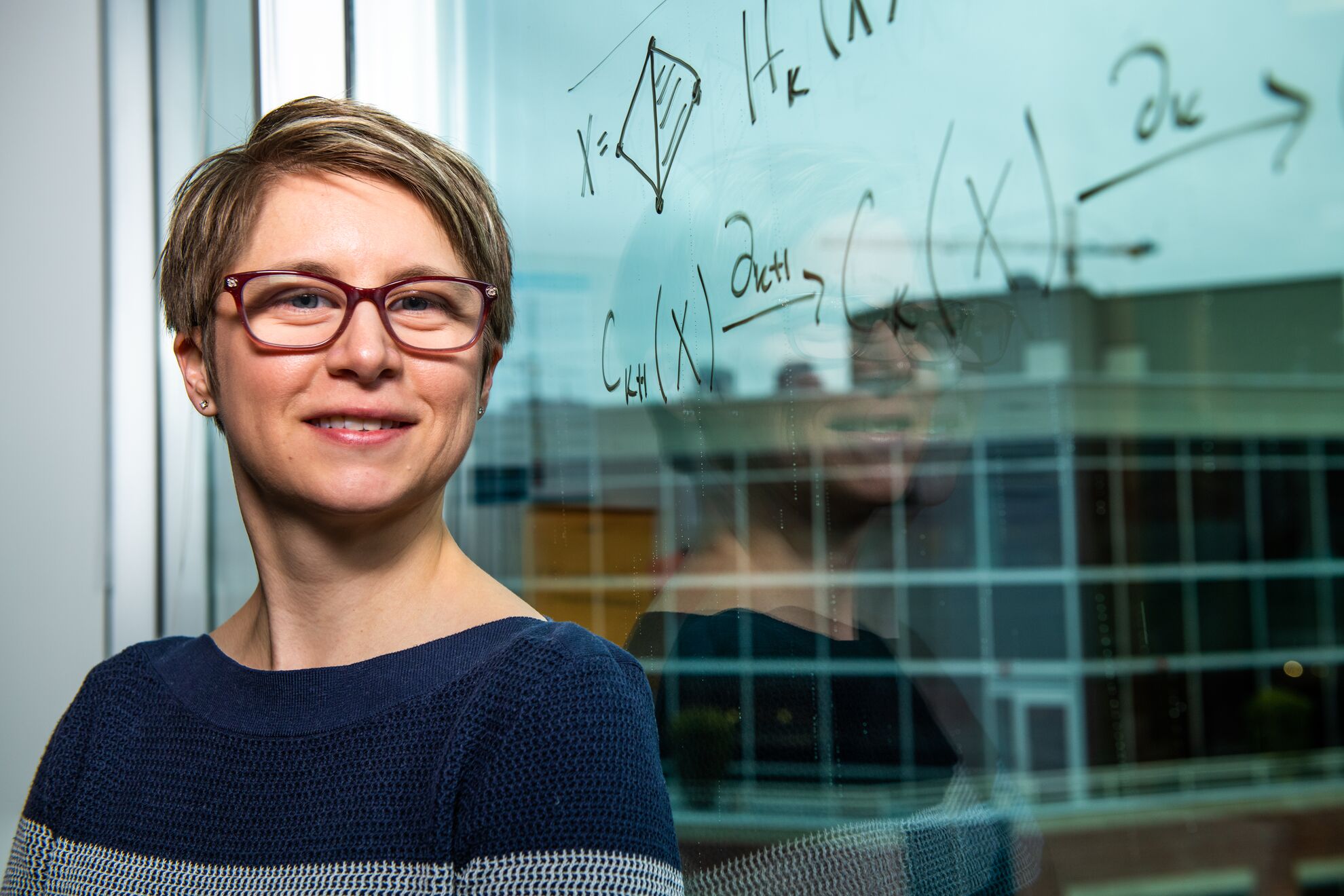 Dr. Emilie Purvine is a Senior Data Scientist at Pacific Northwest National Laboratory. Her academic background is in pure mathematics, with a BS from University of Wisconsin - Madison and a PhD from Rutgers University. Her research since joining PNNL in 2011 has focused on applications of combinatorics and computational topology together with theoretical advances needed to support the applications.  Over her time at PNNL Emilie has been both PI and technical staff on a number of projects in applications ranging from computational chemistry and biology to cyber security and power grid modeling. She has authored over 40 technical publications and is currently an associate editor for the Notices of the American Mathematical Society. Emilie also coordinates PNNL’s Postgraduate Organization which plans career development seminars, an annual research symposium, and promotes networking and mentorship for PNNL’s post bachelors, post masters, and post doctorate research associates.

For general questions, please contact David Hartenstine (hartend@wwu.edu). We look forward to welcoming you to Bellingham!